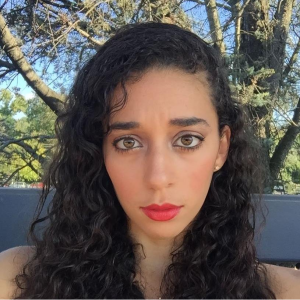 Let’s take a quick peek at an actual manuscript published using our software. Check it out!

Seeing a manuscript through to publication is stressful. You have spent months searching, screening, extracting, analyzing, and writing to be at the whim of some random peer reviewers who don’t see your manuscript as the masterpiece you know it to be but instead as an incoherent string of sentences with no scientific value. Ouch. However, you’re resilient and after a couple of revisions, you’ve finally received the approval of the journal and your paper has been accepted. You can finally breathe again; you’re done!

NK and our Stanford collaborators are finally breathing again because our latest paper has been published in Interventional Neuroradiology. We’re super excited about this one, and we figured, “Why not write a blog about it?” Let’s kick it off by going over who we worked with and what this project is about.

Who'd we work with?

We worked with a Gautam Adusumilli and Jeremy Heit over at Stanford. They brought the brains and the muscle, while NK brought the software.

Eventually, the collaboration expanded to include Hassan Kobeissi.

What was the objective of this paper?

The main point of this paper was to compare the outcomes of anterior to posterior strokes after treatment with mechanical thrombectomy.

If your eyes glazed over and brain turned off after reading all that jargon, don’t fret. I’ll break it down!

What is a stroke?

Why does anterior vs. posterior matter?

What on God’s green Earth is mechanical thrombectomy?

This is a treatment for stroke. In layman’s terms, it’s a way they fix the stroke by getting the clot out to restore blood flow to the brain. There’s a bunch of different ways they do this. For example, they can use an aspiration catheter, where they suck the clot out. They can also use a stentriever, which is where they put the clot in a cage and drag it out. To make things even more interesting, they can do both at the same time.

We want to see how patients who have posterior stroke (the worse ones) compare to anterior strokes (the better ones) after mechanical thrombectomy (the procedure where they try and restore blood flow).

How do we compare outcomes?

Great question! There’s a bunch of ways to look at how someone is doing after a stroke. One way is through a metric like TICI, which is how we measure how much blood flow is restored after the surgeons try and remove the clot. Another way is through a scale like mRS, which attempts to measure how disabled a patient is. There’s also mortality. Obviously, if more people are dying in one group vs. the other group, that’s not a great sign.

What were the key findings?

What did NK contribute to this project?

The Stanford collaborators came up with the idea and did a lot of the heavy lifting in terms of the searching, screening, tagging, and extraction. Although, NK personnel did help with some of that too as you can see from the dashboard (shout out to Kristen!). However, the biggest contribution that NK made was in training the Stanford collaborators on how to use our software and guiding them through the process in a more hands on way in previous papers.

Yes, you read that correctly, previous papers. We’re proud to say that we’ve published several papers with these collaborators over the past year including all of these:

Shameless plug: If you want support with learning how to use NK’s platform, please check out our support page. We’ve got everything from live streams to a wiki to personalized 1-on-1 support available. Check it out!

How does using NK help get you published?

Where to begin! For starters, the average systematic review takes about 67.3 weeks according to this study. We’ve published four reviews with these collaborators with the first paper published in December 2021, and we haven’t even reached June 2022, yet! This is incredible and absolutely a testament to the dedicated and brilliant researchers at Stanford, but it’s also a reflection of how using the right software can help you achieve your research goals, and all of us at NK are proud to have, in part, facilitated this research getting out there to help doctors make better clinical decisions. Now isn’t that something to feel good about after a hard day’s work, am I right?

What were the challenges of working on this project?

I think the biggest challenge of working on this project was constructing comprehensive search terms. While I lazily threw around the terms “anterior” and “posterior,” there’s actually a lot of complicated vasculature within those umbrella terms. For example, instead of saying a posterior stroke, a paper could describe the stroke as a basilar artery stroke, which would require medical knowledge to know that the basilar artery is a part of posterior circulation. Yikes!

This was definitely a tough situation and not something our software could have helped, unfortunately. However, after a lot of diligent searching and screening, we got through it.

What's the future for collaborations at NK?

At NK, we love supporting our independent collaborations and hope to continue working with them in the future. Our ultimate goal is to revolutionize the way reviews are done to make them more transparent and updateable, and supporting collaborations and their research on the platform helps us achieve that goal.

Email us: support@nested-knowledge.com or click the button below. We’d love to hear from you.